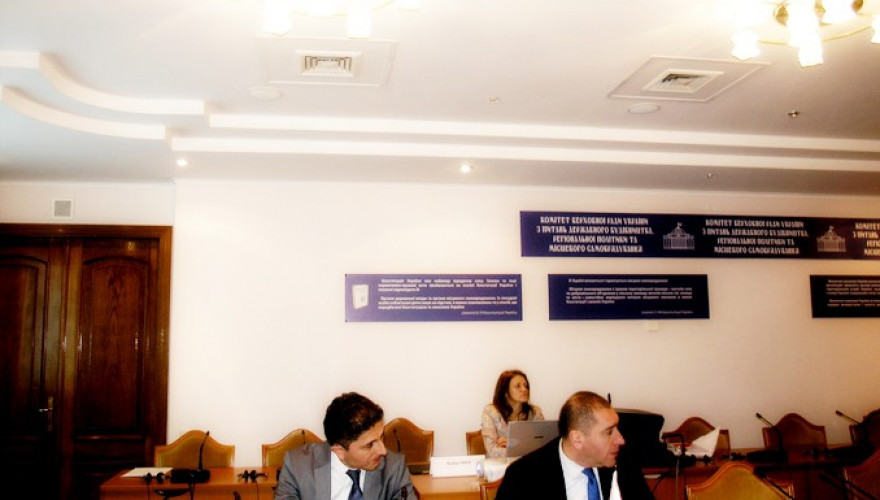 The session was held in Kiev, with participation of the Head of the Parliamentary Delegation to GUAM PA, Zurab Abashidze. Three Committees: Trade-Economic, Regional Security and Education, Culture, Science and Ecology held the sittings to hear the reports by the delegates according to the spheres and directions and developed the draft resolutions for the next sittings.

The Chair of Education, Science, Culture and Ecology Committee, Z. Abashidze spoke about importance of civil involvement in unification of society for education. The 4th sitting of the Legal and Political Issues Committee was held in Kiev in June, 2015 resulting in the development for the first time of the resolution for the Assembly for ratification.

After the Committees, the GUAM PA Bureau held the sitting to outline the future activity plans. The 8th session was participated by the representatives of Georgian, Azerbaijani, Ukrainian and Moldovan Parliaments, as well as various agencies, diplomatic missions and experts. The Baltic Assembly member states also participated.

Upon the welcome speech, Z. Abashidze noted the progress of activities of 2015 by GUAM PA and called on the MPs for active cooperation. He thanked GUAM PA Secretary General for his merit in PA activity.

The GUAM PA and Baltic Assembly made the joint statement and developed and ratified the Communiqué. The sitting was chaired by the Head of Ukrainian Delegation, Anatoly Matvienko. Next year, GUAM PA will be presided by Azerbaijan.