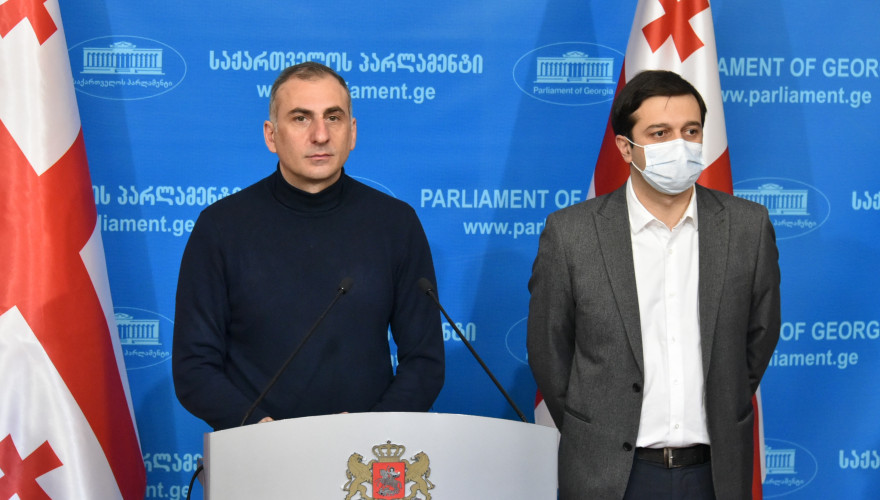 Members of the Citizens’ Party, MPs Alexander Elisashvili and Levan Ioseliani held the briefing to call for the establishment of a temporary fact-finding commission and urge the Parliamentary majority and the opposition to share the initiative.

"A few days ago, we heard horrifying recordings and the main questions have not been answered yet. The first and most important question - whether these records are authentic, the second question - whether the people speaking in these recordings held high political positions during that time and, consequently, whether they used government mechanisms to put pressure on people. The prosecutor's office may launch an investigation, but in any case, the Parliament has the tools at its disposal to answer the most important questions. Accordingly, the representatives of our party address the Georgian Dream and call for the establishment of a temporary fact-finding commission. We also appeal to the opposition to help us implement this initiative, since according to the Rules of Procedure of the Parliament, 30 votes are needed to initiate a commission and then support its establishment by the votes of 50 MPs. The first and main addressee of our appeal is the Georgian Dream, because they are interested in answering the questions within the commission", - A. Elisashvili stated.

Levan Ioseliani, the Vice-Speaker of the Parliament, believes that the Parliament has the actual leverage to summon and interrogate all the persons who appear in the released recording within the framework of the commission.

"It would be logical for the prosecutor's office to start an investigation from the very first moment. Since this has not happened so, we demand the establishment of a designated fact-finding commission in the Parliament. The Parliament holds an actual leverage to summon all the people who are involved in the recordings and interrogate those who were allegedly pressured", - L. Ioseliani stated.