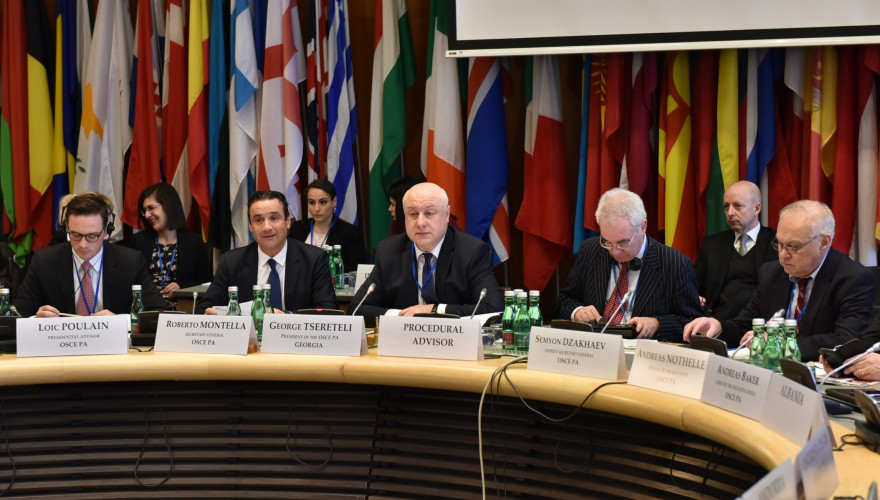 The OSCE PA Winter Session, according to the OSCE PA President, Giorgi Tsereteli was held with interesting discussions.

The Assembly members spoke about security, terrorism and migration, which naturally are important for Georgia as well as the international norms are no longer applied to the occupied territories and it entails high risk of terrorism. “In my Presidential speech I underlined that in Ukraine and in Georgia, where developments were not due responded as it was ensured in Ukraine, there were violations of fundamental principles of international law and Helsinki. These consequences are reflected on the local residents and their rights. I believe that these issues shall be put to the international forums’ agenda more actively. Within the PA, the Parliamentary Delegation made the respective accents at the bilateral meetings and Committee sessions”.

Being the OSCE PA President, G. Tsereteli held the meetings with the Vice Prime Minister of Romania, Speakers of the Parliaments of Montenegro and Morocco, Heads of the OSCE Institutions Office, Parliamentary Delegations of Baltic countries, Great Britain, France, Israel, Russia, Kazakhstan, Kirgizstan, Armenia and Azerbaijan.

He delivered the speech at the Main and Standing Committees, Anti-terrorism Sub-Committee and at the event on migration issues. OSCE PA Winter Session was held on February 22-23 in Vienna. 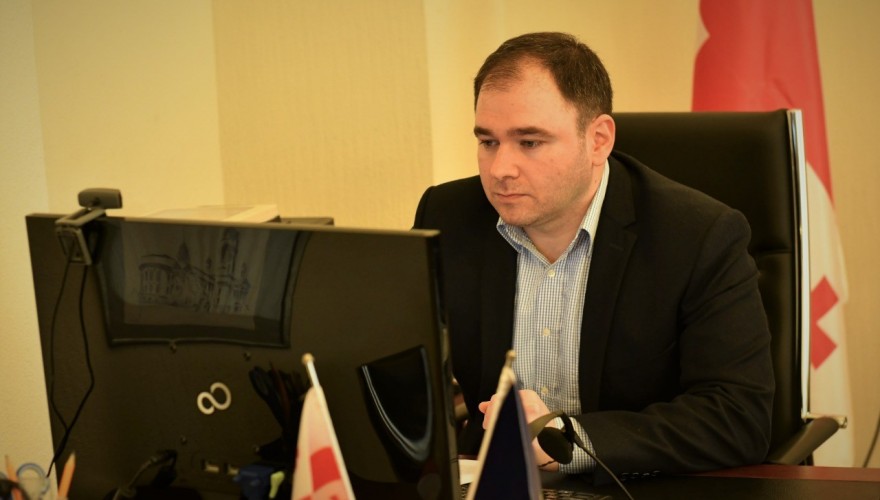 Maka Botchorishvili participating in the event organized by OSCE PA

Nikoloz Samkharadze: It is of utmost importance to maintain the essentiality of Russia-Georgia conflict resolution high on international and particularly the OSCE agenda

Maka Bochorishvili participating in the online meeting of the OSCE PA Committee on Democracy, Human Rights and Humanitarian Questions