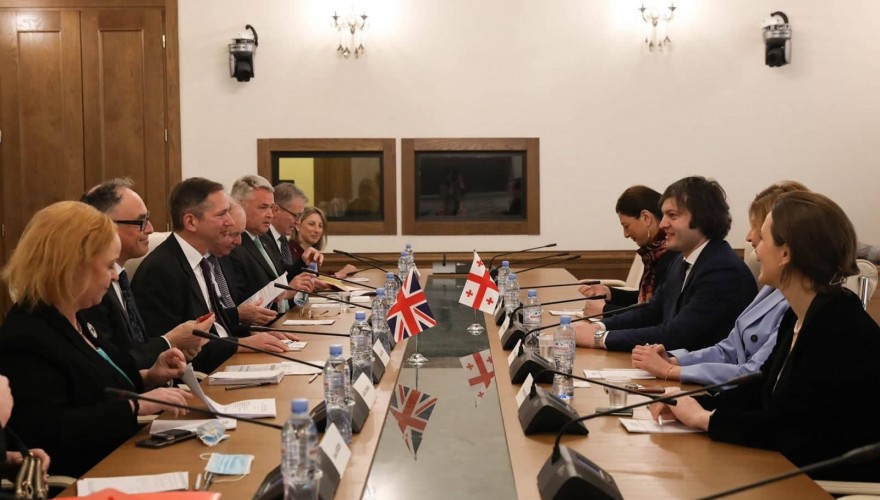 Irakli Kobakhidze, the Leader of the Parliamentary Majority, held a meeting with Jonathan Djanogly, the Head of the Georgian-British Parliamentary Friendship Group, who is visiting Georgia from the United Kingdom together with the British delegation.

The two leaders highlighted close and friendly relations between the two countries, emphasizing the importance of expanding common interests and cooperation prospects.

During the meeting, the security situation in the region, as well as Russian aggression against Ukraine and its potential ramifications for Georgia, received special attention.

"We had a pleasant and productive discussion with the British delegation, during which we discussed all the interesting issues from the regional perspective. We discussed cooperation, friendship, and the strengthening of ties between the United Kingdom and Georgia. We dwelt upon the current events in Ukraine and Georgia's position on them, as well as the potential implications of this situation on Georgia", - Irakli Kobakhidze commented after the meeting.