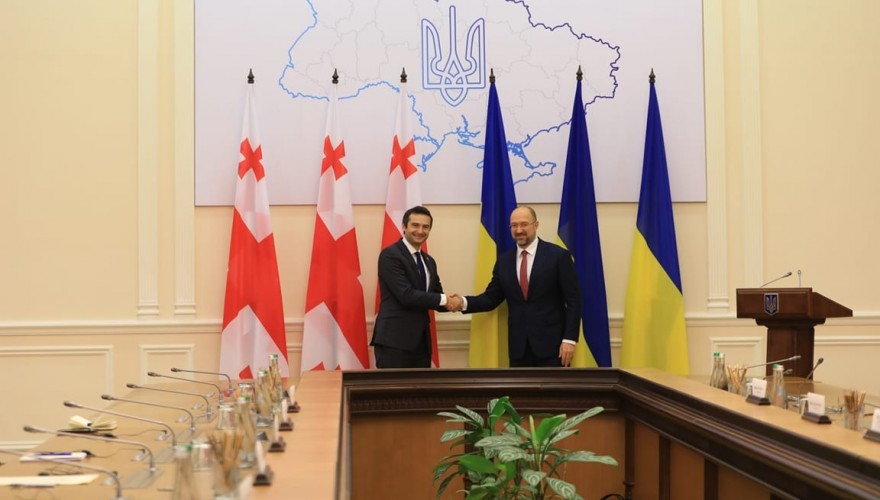 During his official visit to Ukraine, the Speaker, H.E. Kakha Kuchava, met with Denys Shmyhal, the host country's Prime Minister to review the two countries' special friendly and cooperation relations, and discuss the common goals.

The focus was on Georgia's and Ukraine's Euro-Atlantic integration processes, as well as collaborative efforts in the areas of de-occupation and trade-economic and tourism cooperation. The issue of Georgia's third President, Mikheil Saakashvili, was also discussed throughout the meeting.

"I am in Ukraine at the Prime Minister's invitation. We've talked about a lot of things, including our joint aims, de-occupation of our territories, the Euro-Atlantic path, and the ambitious plans we've set. First and foremost, it involves ambitious goals such as a one-billion-dollar boost in trade between our countries. We also discussed a variety of alternative intriguing models, such as the activation of three nations in terms of Euro-Atlantic integration. We also highlighted the tourism sector, which is expanding rapidly following COVID-19. We discussed Mikheil Saakashvili's exit from Ukraine, which has sparked a lot of attention recently. This is a significant source of embarrassment for the two countries. They were completely unaware of his ambitions to leave Ukraine and illegally cross the borders of Georgia. Once again, both parties unambiguously stated that no one, even the past president, can be the reason for the deterioration of our nations' long-standing relations”, - Kakha Kuchava said following the meeting.