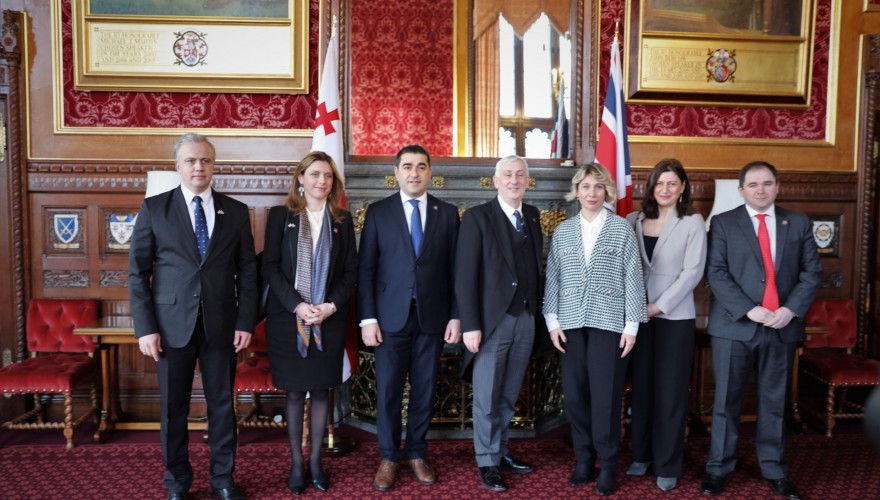 Mr. Papuashvili started his official visit to the United Kingdom with the meeting with his British counterpart.

“It was an interesting and important meeting. We discussed the relations Georgia enjoys with the United Kingdom after the restoration of independence. In 2022, we celebrate the 30th anniversary of our diplomatic relations. In 1919, the United Kingdom was one of the first states to recognize the independence of Georgia. At the meeting with the Speaker of the House of Commons, we stressed the security challenges in the region, namely, the situation in Ukraine and the intact support of the Georgian Parliament to Ukraine”, - the Speaker added.

As Sir Hoyle, the meeting was very interesting and productive discussing the friendly relations between the countries.

“Today, we host a very important Delegation and it is the greatest honor for me to meet the Speaker of the Georgian Parliament and discuss the friendly links we enjoy for centuries. We overviewed the issues in common – threats and the ways to help each other through good relations. That’s why this meeting was very important since I’ve heard a lot about Georgia. I used this window of opportunity to openly and sincerely express my position about the current situation in Europe”, - Sir Hoyle stated.