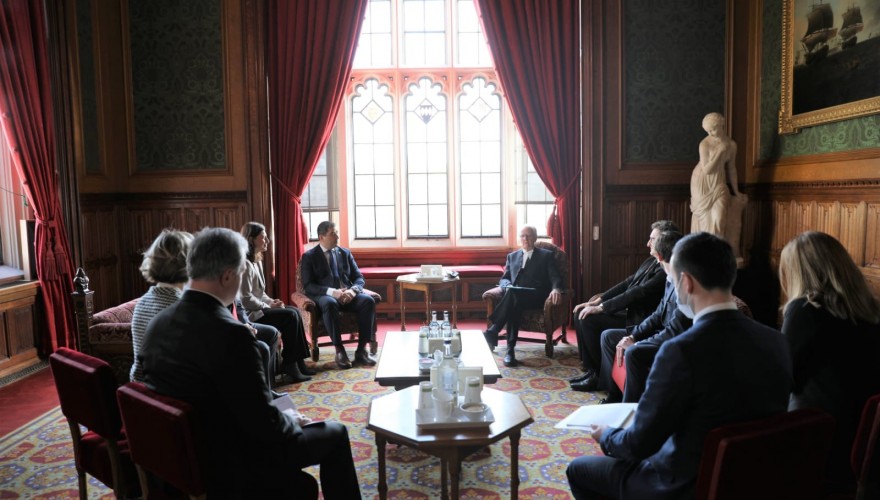 The Speaker, H.E. Shalva Papuashvili held a meeting with the Speaker of the British House of Lords, Lord John McFall to discuss the long-standing friendship and productive cooperation between the countries.

The parties underlined the importance of the Parliamentary links.

Shalva Papuashvili expressed his gratitude to the United Kingdom for the merit contributed to the capacity building and democratic development of the state institutions of Georgia. He introduced the plans and priorities he cherishes as a Speaker of the Parliament.

Lord McFall affirmed intact support to the sovereignty and territorial integrity of Georgia and expressed his commitment to further enhancing the strategic partnership between Georgia and the United Kingdom.

The meeting was held within the official visit of the Speaker and the Parliamentary Delegation to the United Kingdom.

The Parliamentary Delegation of Georgia is composed of MPs: Nikoloz Samkharadze, Nino Tsilosani, Giorgi Khelashvili and Teona Akubardia, as well as the Chief of the Speaker’s Cabinet, Levan Makhashvili. 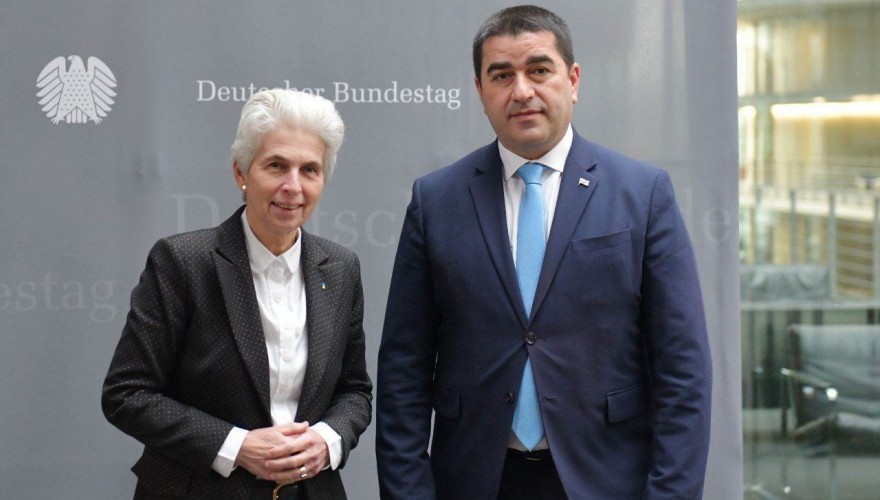