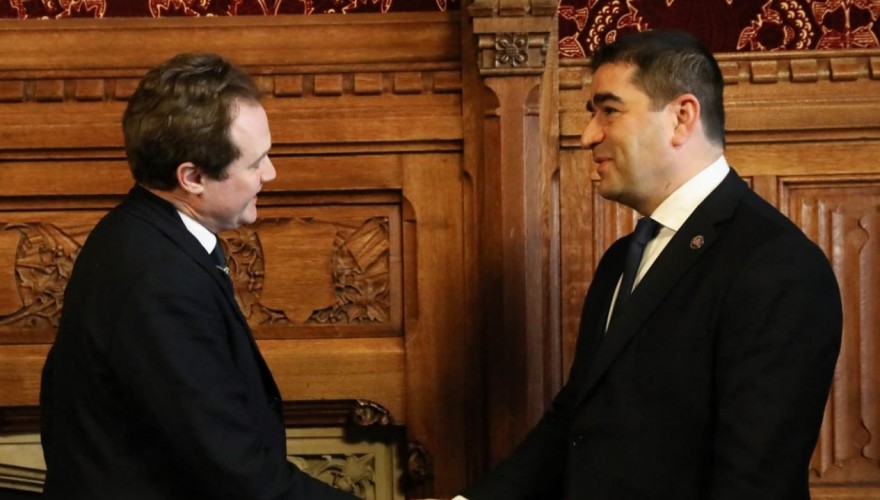 The Speaker, H.E. Shalva Papuashvili held a meeting with the Chair of the Foreign Relations Committee of the British House of Commons, Tom Tugendhat to discuss the foreign-political priorities of Georgia.

Shalva Papuashvili noted that Georgia has achieved great progress on the Euro-Atlantic integration path and now, it is important to make a political decision on Georgia’s membership.

The Speaker underlined the destructive actions of Russia in Georgia and the wider region and hoped that the United Kingdom will keep the international support of consolidation with Georgia-related issues.

Mr. Tugendhat expressed intact support to the sovereignty and territorial integrity of Georgia.

The meeting was held within the official visit of the Speaker and the Parliamentary Delegation to the United Kingdom.

The Parliamentary Delegation of Georgia is composed of MPs: Nikoloz Samkharadze, Nino Tsilosani, Giorgi Khelashvili and Teona Akubardia, as well as the Chief of the Speaker’s Cabinet, Levan Makhashvili.