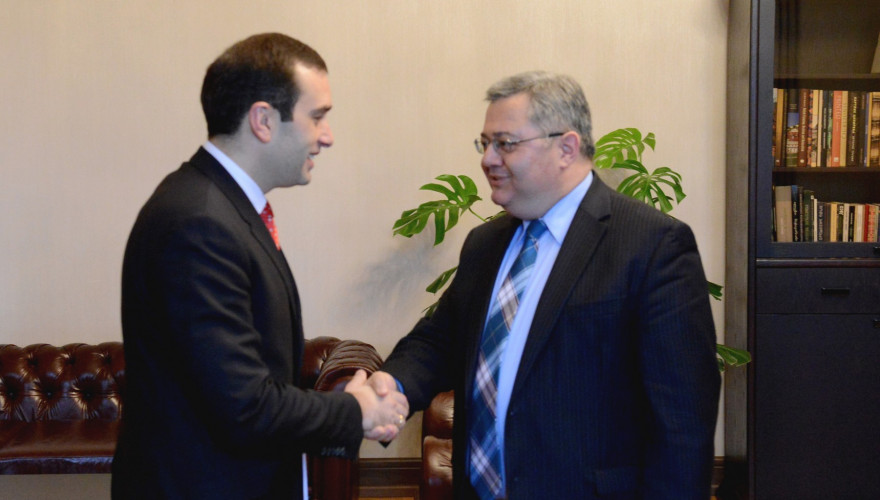 The topic of the meeting was accusations to the employees of the Defense Ministry. I. Alasania provided the Speaker with the information. After the meeting they made the statements.

“The Minister asked me to meet. We had the conversation on various topics. The main topic was accusations to the employees of the Ministry. The Minister provided me with the information which I appreciate. The Parliaments cooperates with all governmental agencies. On purchase issues we initiated the drafts last year envisaging preliminary notification of purchases for 2 ml GEL to the Parliament. The Parliament was notified on this specific purchase last December. Then it was signed between I. Sesiashvili and Ministry of Defense. Last year he inquired the copy of the agreement to study. So the Parliament indirectly was involved in this process. The Minister asked the Parliament if necessary to use all legal and Constitutional leverage. The Parliament is interested in accurate consumption of budget and all state instances to act within competence and the Prosecutor’s Office, Defense Ministry, the Government and the Parliament to serve for the state. So as I stated, the Parliament will monitor this case without prejudice to state interests, defense capability and to solve the problem in civilized manner”, - the Speaker stated.

According to the Minister, he provided the Speaker with the state of affairs after the measures undertaken by the Prosecutor. “I talked with the Speaker about the situation in the Ministry. I provided details about the case. We shared opinions about the reasons. In the beginning of the year, in line with the law, we submitted the relevant information to the Defense and Security Committee. I offered my opinion to the Speaker and in case of necessity, the Ministry is committed to cooperate for clarity of the issue”. 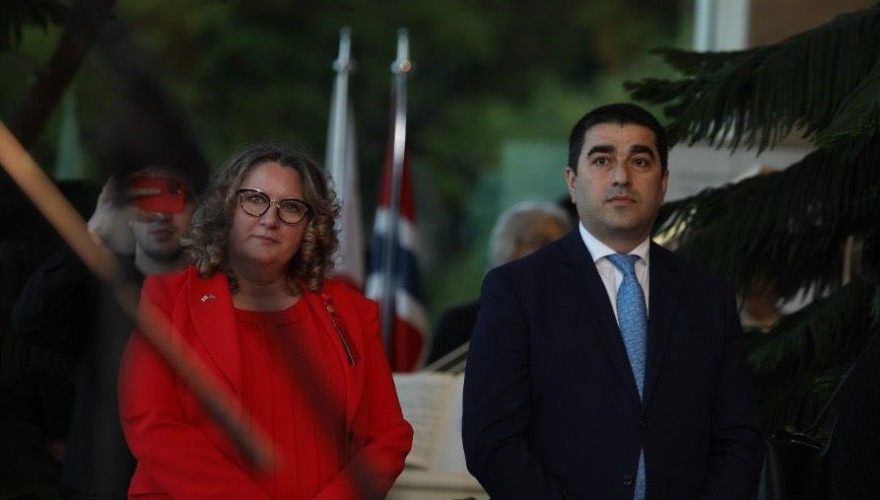 Shalva Papuashvili: Europe is a harbor for the long-term peace and welfare

Shalva Papuashvili: the heroism of the veterans made the defeat of the fascism possible and ensured the developed future for the mankind

The Speaker, Shalva Papuashvili congratulates the veterans on the Victory Day