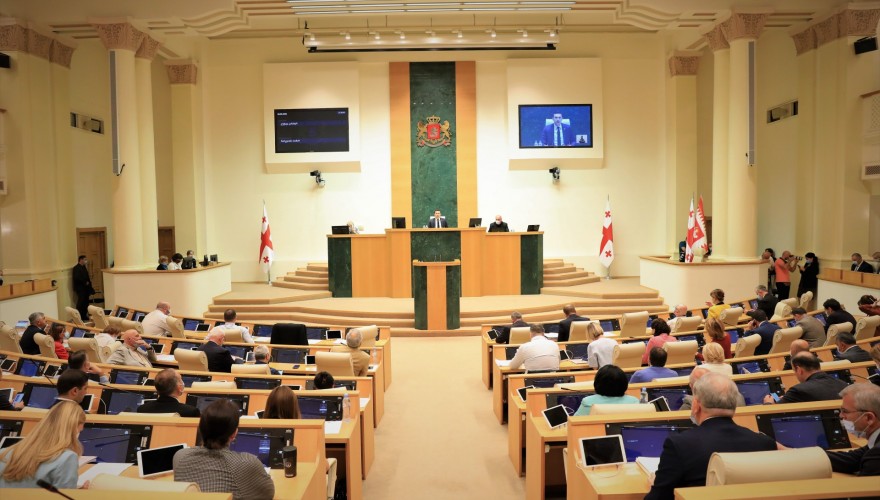 At the extraordinary session, the Parliament accomplished the discussion of the draft law on the amendments to the Election Code together with the accompanying bills.

As a result of electoral reform, the proportional share in local self-government elections is increasing, and a 40% threshold is set for majoritarian elections.

The amendments to the law are presented in the areas of electoral system, election administration, pre-election campaign, election process, its summarization and election disputes.

The draft law envisages changes in the number of CEC members, the composition and the procedure for their election, the appointment of CEC members by parties and the termination of their term of office.

The draft envisages a new rule for electing the CEC chairperson.

"Today marks the end of an eight-month undertaking. This procedure began soon after the elections, when the first rounds of negotiations began. When we were working on the Charles Michel document, the process proceeded, and I'd like to express my gratitude to two people from the majority and opposition, Shalva Papuashvili and Levan Ioseliani, for their contributions to the document's production. The law makes numerous major reforms and ensures that our country's election climate will alter dramatically. All parties endorse this document, and those who take specific responsibility for Michel's document should be commended. Unfortunately, we must point out that people who oppose this law are also hostile to Michel's document”, - Irakli Kobakhidze stated.

The Parliament approved the amendments to the Electoral Code in the third, final reading, by 86 votes to 3.

The factions from the parliamentary opposition United National Movement - United Opposition Strength in Unity and Lelo - Partnership for Georgia did not approve the election-related changes.