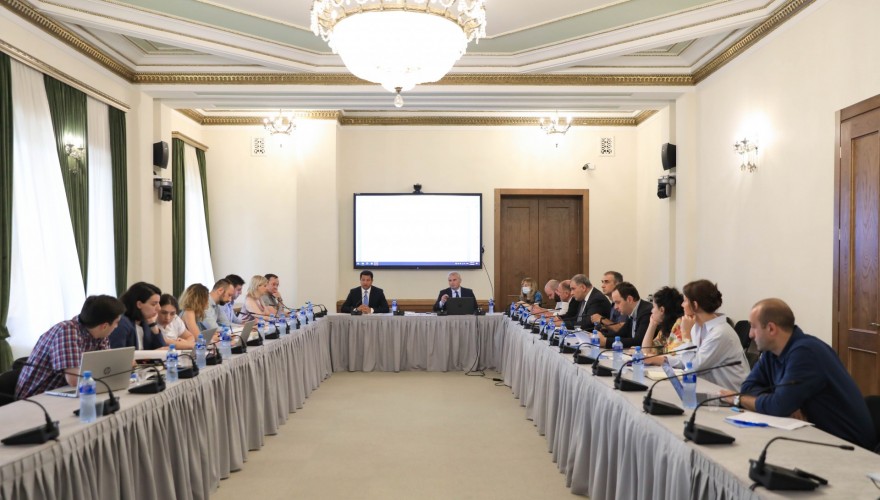 The Procedural Issues and Rules Committee set up the Working Group to discuss the Parliamentary oversight issues in view of the fulfillment of the 12-point recommendations set out by the EU for receiving the candidate status.

The Group discussed the real functioning of the oversight mechanisms and dwelt on 11 leverages of the Parliamentary oversight stipulated under the Rules of Procedure, overviewed their performance, the necessity of amendments, specification or re-regulation.

“We heard the positions at the meeting of the Working Group on the Parliamentary oversight mechanisms. We discussed all issues and reconciled our positions on most of them. There are the aspects that were under specified consideration at the meeting and I would like to reveal that the way to the ultimate reconciliation is easy. All 11 issues are important to an individual extent since each plays its role in the Parliamentary oversight process. There are issues as well, concerning the questions by MPs, quality and frequency of answers, as well as the thematic inquiries etc. which have been expired at the discussion. We also touched upon the issues, such are the appearance of the officials in the Parliament, oversight on them and we also managed to reconcile our positions on them”, - Irakli Kadagishvili stated.