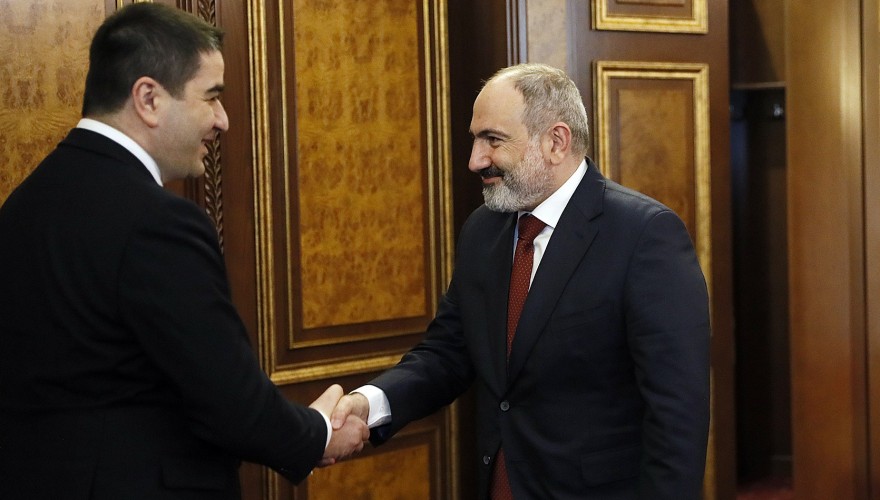 The Speaker, H.E. Shalva Papuashvili met with the Prime Minister of the Republic of Armenia, H.E. Nikol Pashinyan.

The sides emphasized the friendship and cooperation between Georgia and the Republic of Armenia.

As was noted, given the security risks and challenges in the region, it is important that the relationship between the state institutions of the two countries be close.

The meeting was held within the framework of the official visit of the Speaker of the Parliament of Georgia to Armenia.