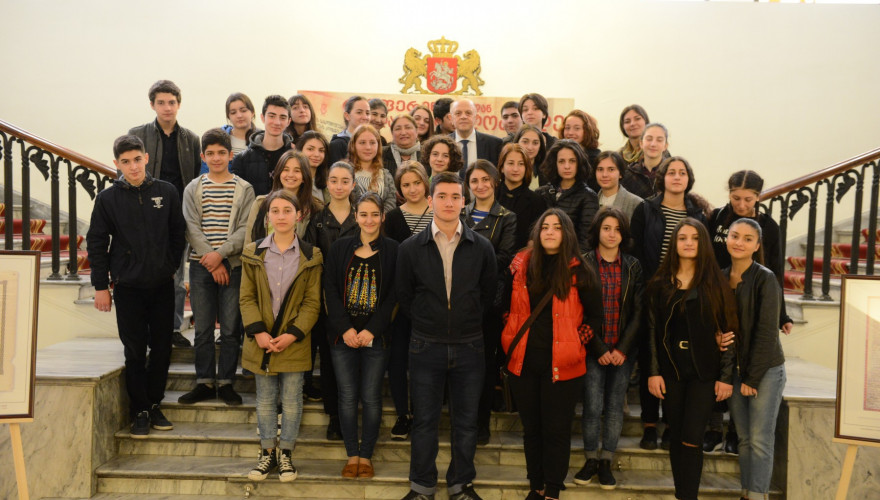 The Parliament hosts School N145, visiting the exhibition dedicated to the 25th anniversary of independence.

The visitors were met by the Chair of EU Integration Committee, Levan Berdzenishvili. He spoke about national-liberating activity in the 90s, April 9, 1989 tragedy and March 31, 1991 referendum. He noted that the referendum date is unforgettable in history of Georgia as it was when the will of absolute majority of the population was expressed – to support independence, crowned with Act of Independence on April 9, 1991. These days were decisive in history. “On April 9, 1991, when Zviad Gamsakhurdia declared independence, which is the greatest achievement, we restored independence and hope to never lose it again. We, the previous generation outlined Georgia on the map for you as an independent country and its future is up to you”.

He answered the questions.

After the meeting, the short tour was provided. The exhibition dedicated to the 25th anniversary of independence was open by the Speaker, David Usupashvili on March 31. More than 50 groups from various regions have already visited the exhibition. 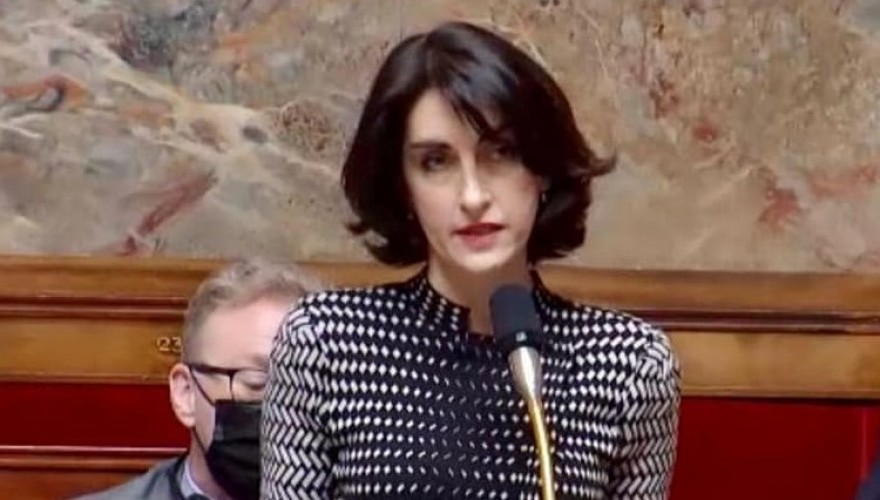 Nino Iobashvili: Georgia condemns the Russian military aggression in Ukraine and supports the sovereignty and territorial integrity of Ukraine

Meeting of Nino Tsilosani, Maka Botchorishvili and Khatia Tsilosani with the EU and FAO representatives