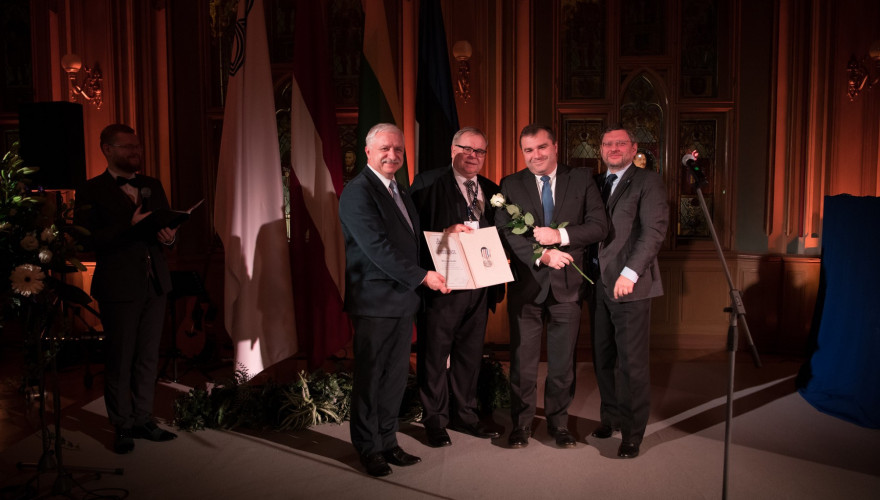 At the annual awarding ceremony, G. Mosidze was awarded the Baltic Assembly Special Medal for contributing to the enhancement of cooperation between the GUAM PA and Baltic Assembly.

The Baltic Assembly grants special awards on an annual basis in the spheres of literature, arts, science, and inventions, as well as in close cooperation with the Baltic States.

Speaking on behalf of the GUAM PA, G. Mosidze dwelt on NATO and EU integration of Georgia, grave situation on occupied territories, destructive actions by Russian Federation posing the threat to the stability and development of the region, and illegal detention of the doctor Vazha Gaprindashvili.

He underlined importance of close cooperation between the GUAM PA and Baltic States. At the session, the Speakers of the Lithuanian, Latvian, Estonian and Polish Parliaments and the representatives of the Benelux, Scandinavian and Black Sea Parliamentary Assemblies delivered the speeches. 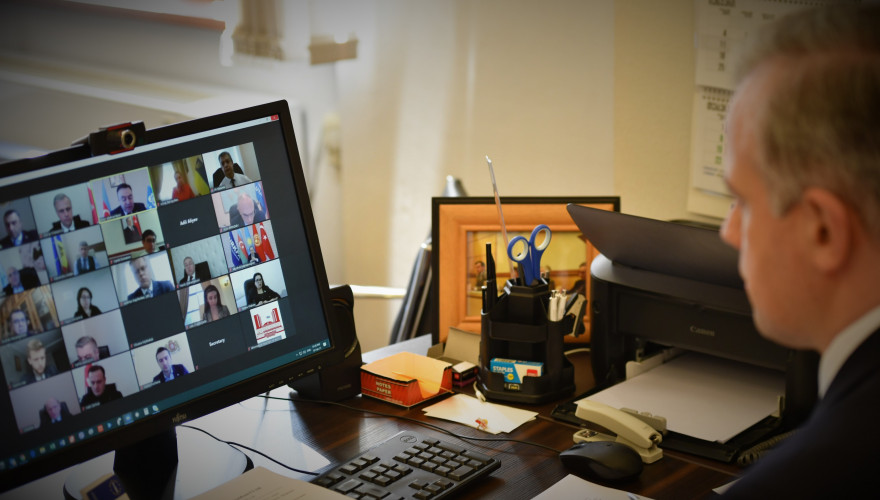 The Parliamentary Delegation participating in the online GUAM PA Session

The meeting of the Parliamentary Delegation to GUAM PA with the GUAM Secretary General, Altai Efendiev

The Parliamentary Delegation to participate in GUAM PA Conference

The joint sitting of the Baltic Assembly Committees